Driver Conditioning Part I: The Underlying Cause of Nearly All Car Crashes

The key for teens is to learn that tiny mistakes can be deadly. 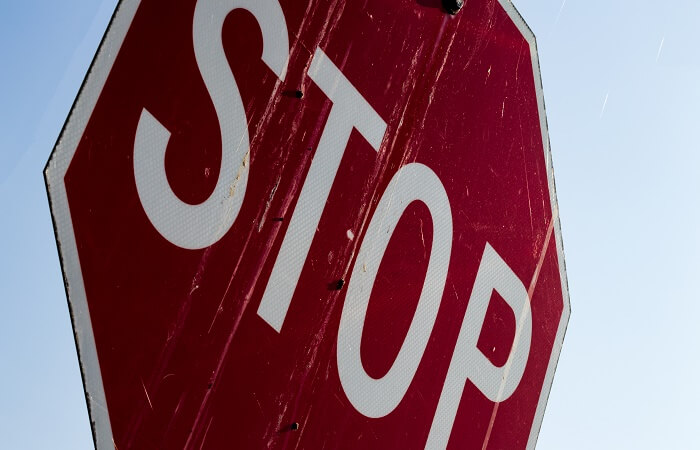 (Editor's Note: This is the first in a multi-part series)

Every day, more than 100 people get onto the road having unknowingly said good-bye to their loved ones for the last time, teens included.

Many factors contribute to these crashes, but one in particular gets less attention. It’s called Driver Conditioning and it affects every driver without them even realizing it. Here’s an example of how it works and in the coming posts you will learn what we can do to fight it.

On October 5, 2002, Sandy Johnson and her mother Jackie approached the final destination of their short road trip. With one intersection separating them from their journey’s end, Sandy watched as a vehicle with its left-turn signal flashing approached from her right. As expected, the driver stopped short of the intersection, yielding the right-of-way to her. With no other vehicles waiting to cross, Sandy lightly pushed down on the accelerator and entered the intersection.

Unknown to her at that moment, Sandy was making a mistake…a mistake that would cost her and her mother their lives. As the front of Sandy’s car crossed the center of that crossroad, it was struck by a southbound SUV traveling approximately 55 mph. The sudden impact killed Sandy instantly, crushing her body as her mother drew her last breath.

As tragic as that event was, that remote intersection held within its history an even greater tragedy. Fifteen years earlier, that location began to experience a higher than normal crash rate, prompting the Ohio Department of Transportation (ODOT) to conducted a site study two years later. However, no engineering deficiencies were identified and so no modifications were made.

But that was only the beginning. Over the next 13 years, as the high number of crashes continued, a total of six studies were conducted. At the time of Sandy’s crash, that intersection had earned a ranking of the eighth most dangerous intersection in the state.

Most people don’t give highway fatalities any thought at all until it touches them. On that day in 2002, I felt that touch.

Within hours of learning about Sandy’s death, I contacted the state trooper in charge of the crash scene and exactly 24 hours to the minute after my wife’s crash, I was standing with Trooper Lee at the deadly intersection. The purpose? To learn the cause of the crash—what caused a safe driver like Sandy to die in a crash which she had apparently caused?

Over the next 20 minutes, I witnessed three near-misses. Without any clear answers, I asked the trooper, “What is wrong with this intersection?” He said, “I don’t know, but we’ve been trying to get ODOT to fix it for years. There have been a lot of accidents here, and other people have died.” That prompted the beginning of my journey to learn what was wrong with the intersection and to get it fixed.

Just two days after Sandy’s funeral, I started studying the site itself. But rather than looking for engineering problems, I looked for things that seemed out of place or confusing. Unfortunately, nothing seemed particularly wrong.

Next, I began interviewing law enforcement and EMT personnel familiar with the crash site. Again, I fell short of learning anything more than what I already knew; the intersection was dangerous.

Having reviewed the six previous site studies, recent accident reports and other crash data, I noticed a pattern—it seemed that nearly all of the crashes were caused by eastbound drivers. Intrigued, I drove the road my wife and other at-fault drivers had taken a second time, but this time I paid closer attention to the route. During this trip I had an idea of what the problem might be, and after interviewing other drivers who had been involved in crashes at that site, my beliefs were confirmed.

Most drivers traveling to the deadly intersection from the west passed through a minimum of 11 intersections. Each one was controlled by a full traffic light or was a four-way stop. Intersection number 12 looked like a four-way stop, but it wasn’t. Because of this misperception, drivers were pulling up to the intersection, seeing no other waiting vehicles, then proceeding forward.

They were conditioned by the preceding intersections to expect other vehicles to stop. For many, like Sandy, that was the last mistake they ever made.

Armed with this understanding, I developed a simple, low-cost remedy. On Dec. 3, 2002, I met with ODOT officials and, after explaining the cause behind the crashes that were taking place, submitted a recommendation for change. The following day, ODOT officials approved my request and, nine days later, that modification was made. In less than four hours, and at a cost of under $4,000, 15 years of death, destruction and life-changing injuries came to an abrupt end after converting the intersection to what it was perceived to be—a four-way stop.

In Part Two, you will learn the rest of the story.

Dean T. Johnson is the president and founder of The Sandy Johnson Foundation: Making Our Roads Safer. He began the efforts of promoting safe roadways, soon after the unnecessary deaths of his wife and mother-in-law.