Report shows 118 school bus drivers have been impaired on the job since 2015. 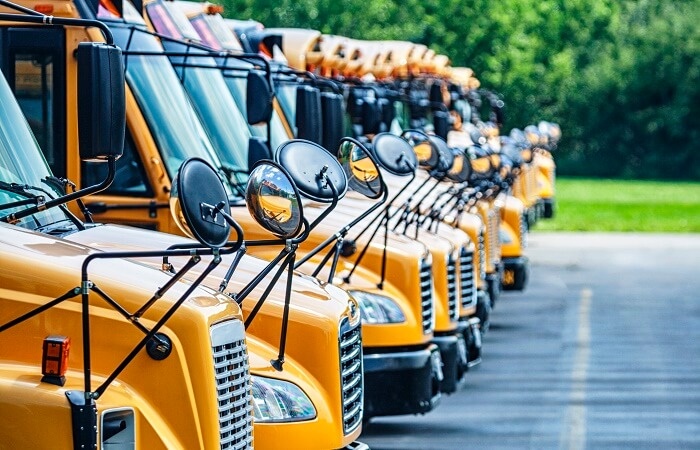 Itasca, IL – The National Safety Council always has been a staunch advocate for child passenger safety, recognizing that children are our most vulnerable passengers who deserve a safe trip in every vehicle, every time. To that end, NSC was dismayed by findings detailed in a recent Stateline report that showed 118 school bus drivers have been impaired behind the wheel while on the job since 2015. This is unacceptable, and NSC urges action from stakeholders at the federal, state and local levels to ensure an end to this trend.

NSC urges school districts to embrace drug-free workplace policies that extend to all employees, including bus drivers. Robust drug-free workplace policies include employee education about the signs and symptoms of impairment and substance use disorders. NSC supports ignition interlock technologies on vehicles, including school buses, to stop vehicles from starting if blood alcohol concentration is detected above a set limit. NSC supports legislation that requires school bus drivers to refrain from using alcohol at least eight hours before driving.

Since good data help us make better decisions, NSC applauds the Federal Motor Carrier Safety Administration (FMCSA) for establishing a national clearinghouse to collect information on drivers who may have incurred alcohol- or drug-related violations. NSC supports its required use.

Finally, NSC implores manufacturers to put three-point seat belts on all newly manufactured buses. Seat belts provide an extra layer of protection for children in the event of a crash.

School buses remain the safest way to transport children to and from school. They can be even safer, however, by ensuring all operators are fit to drive. NSC applauds the Stateline report, because raising awareness about impairment on our roadways is a critical step toward zero traffic deaths.