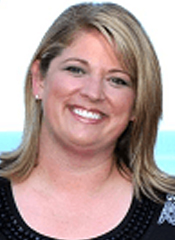 Jennifer Steffus is a senior executive with expertise in advancement initiatives in fundraising. She previously served as senior vice president for philanthropy at Ann & Robert H. Lurie Children's Hospital of Chicago, one of the premier children's hospitals in the world.

Ms. Steffus was part of the leadership team that helped raise $675 million from more than 250,000 donors to help build Lurie Children's. It was among the largest fundraising totals ever achieved in pediatrics and included the first-ever $100 million gift to a pediatric institution. As senior vice president, she managed a staff of 80 and was involved in all aspects of leading and operating a complex and highly successful development enterprise. During her tenure, she also managed all events and volunteer fundraising boards working on behalf of the hospital.

She earned her bachelor of science degree in public health from the School of Public and Environmental Affairs at Indiana University.