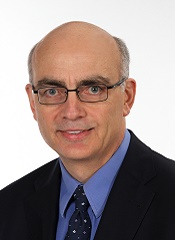 Dr. Corbett is a forensic toxicologist and adjunct professor in forensic science at the University of Ontario, Institute of Technology. He received a Ph.D. in chemistry from the University of Toronto and an LL.M. from Osgoode Hall Law School at York University. He is a Fellow of the American Academy of Forensic Sciences and member of several other organizations, including the Society of Forensic Toxicologists. He is president of the Medico-Legal Society of Toronto. He initially worked for 13 years as a forensic toxicologist for the Province of Ontario, and thereafter continued a full-time consulting practice in forensic toxicology for more than 17 years. He is a consultant inspector for the National Laboratory Certification Program in workplace drug testing. He has presented on research at forensic science conferences and education in legal programs. He has testified more than 950 times as an expert witness on alcohol, drugs and impairment/intoxication in cases involving death, injury and other aspects.