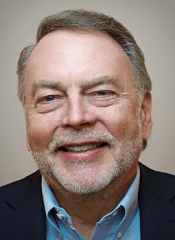 Stephen Newell is an EH&S executive advisor for the National Safety Council, providing advice and counsel to the NSC workplace practice, as well as support for ORCHSE networks and consulting services. He is a founding partner of the ORCHSE business, a global membership-based networking and consulting firm that continues to serve around 100 large multinational corporations in 30 industries on safety, health and environmental matters. He coordinates the organization’s highest-level group, the Executive Business Issues Forum, its main Occupational Safety and Health Group and its Legal Issues Network. He also works extensively with member companies on topics such as fatality and serious injury and illness prevention, human and organizational performance, contractor safety and health, improved safety and health performance metrics, OSHA recordkeeping, S&H management systems, and safety and health value analysis.

Steve joined the organization (formerly known as ORC Worldwide) in January 1998. He was previously on the executive staff of the federal Occupational Safety and Health Administration as director of the OSHA Office of Statistics with responsibility for the systems used to target OSHA programmed inspections and measure agency performance. Before joining OSHA, he headed the ongoing safety and health statistical programs for the Bureau of Labor Statistics. In both capacities, he was responsible for the nationwide OSHA injury and illness recordkeeping system. At BLS, he authored Recordkeeping Guidelines for Occupational Injuries and Illnesses, otherwise known as the “OSHA Bluebook.” More than a million copies were distributed nationwide.

He obtained his B.S. degree in economics from the University of Maryland and his J.D. degree from the Columbus School of Law, Catholic University. He is a past member of the District of Columbia and Maryland State Bars.