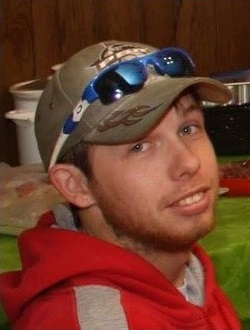 On Aug. 23, 2013, Colton Schoenrock fell asleep driving home, veered off the road and struck a tree head on after rolling his SUV. He died instantly.

Colton worked as a rodbuster in Kansas. He was used to working day shift and never worked night shift on that job. However, he and all the guys had to report to a night shift on a Thursday night, with little to no sleep. The company had all the rodbusters that had worked during the day work from Thursday night until Friday afternoon. This was a straight 15-hour shift. The employees then had the rest of the day off but had to be back at work Saturday morning.

Colton had spoken to his parents when he got off work and told them that he was going to sleep for a few hours before he drove the four hours home since he had been up since 5 a.m. the day before. Colton got in the vehicle to come home because he had a son who was 11 days old. His son is now 6 years old but will never have his dad to play with and teach him because of fatigue in the workplace.

Lurri Schoenrock, Colton’s mom, is very passionate about fatigue since Colton passed away. She would like to see change in the hours that an employer can legally make an employee work. She would also like to see the laws changed to allow employees more than eight hours off in-between shifts, and a law that would protect employees from working a different shift than they are used to. If telling Colton’s story can help with cases of fatigue and it saves even just one person’s life, it is worth every minute.