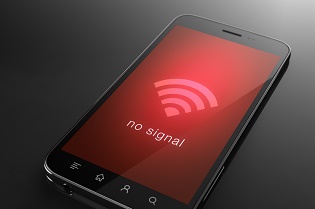 Nearly 3,000 people are killed on U.S. roads every year in distracted driving crashes, the federal government reports. Cell phone use is a common driver distraction.

Did you know technology exists that could prevent many of those crashes and save thousands of lives?

Cell phone blocking apps and devices can help drivers stay focused on driving. They prevent drivers from making or accepting calls, texting or accessing the internet.

What is Cell Phone Blocking Technology?

Cell phone blocking technology is most often an app for smartphones and is available from wireless services and companies that specialize in these apps.The most basic technologies prohibit calls or texts while a vehicle is in motion. More advanced systems are capable of blocking audio features, and tracking speed and sudden stops. Many send text or email notifications, providing helpful information for parents of teen drivers.

This technology is used most often by parents of teen drivers and employers. All of these devices can be effective tools for employers to use in enforcing cell phone policies or in everyday situations to reduce driver temptation. In a public opinion poll conducted by the National Safety Council, 82% of Americans said they felt the most pressure from their families to use phones while driving. Even teen drivers report feeling pressure from families, as well as friends.

Why is it Necessary?

Many drivers continue to use phones even when they are aware of the crash risk. Sixty-seven percent of those surveyed by NSC said they felt they were at risk because another driver was distracted by technology. Yet, only 25% said their own distraction from technology was putting others at risk. In part, this "not me" attitude remains prevalent because people believe they are better drivers than those around them.

Most people are unaware of distractions associated with hands-free and voice control features. In an NSC poll, 80% of respondents said they believe hands-free devices are safer than handheld, and 53% said they believe voice control features are safe because they are provided in vehicles. Research indicates drivers using handheld and hands-free phones only see about 50% of all the information in their driving environment. This phenomenon is called "inattention blindness" and can lead to drivers missing items such as stop signs and pedestrians.

How Does it Work?

Cell phone blocking apps and devices can be activated by adding a service to a wireless plan, downloading an app onto your phone (many apps are free) or installing a device in your vehicle to put a “geofence” – also referred to as a virtual barrier – around the driver. All products have online dashboards that allow customers to set up accounts and choose settings.

People fear they won’t be able to use their cell phones in an emergency, but swift 911 overrides come standard on all blocking devices. Also:

NSC recommends consumers do their homework. If you conduct research before purchasing a TV or lawnmower, why not do the same for distracted driving safety? Five features for your consideration:

It’s important to check the default settings when you’re configuring the app or device. For example, many apps and devices block only texting by default, or allow hands-free use by default. For the best safety benefit, change the settings to block hands-free and phone calls, as well as text messages.

What You Can Do