Proactive Prevention is the Name of the Game in Safety

A Rising Star perspective on what it takes to build a strong workplace safety program. 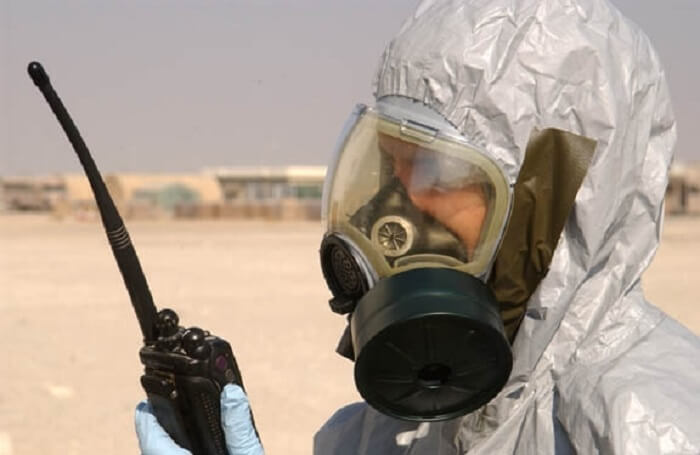 Houstonians have been devastated by Hurricane Harvey and subsequent flooding, but we’re praying for the best and staying current on how we can help others. We’re also excited the National Safety Council Congress and Expo will be in Houston this month to offer a look at emerging safety technology, as well as the tried and true products and services needed to keep our workplaces safe.

In the safety field, we know the process of prevention, planning, preparedness, response and recovery is tried and true – and not confined to the hurricane season. Whether we are talking about natural disasters, an ergonomics puzzle or anything in between, the cycle of hazard identification, assessment and control is ongoing.

I learned this firsthand when I enlisted in the U.S. Air Force in emergency management after the 9/11 attacks. I learned to do many things, from filling sandbags and managing an emergency operations center to training teammates and controlling hazards. We worked in natural disaster, major accident, enemy attack and WMD/CBRN/HAZMAT operations, and we often worked closely with our base safety non-commissioned officer.

In my first non-Air Force position, as a manufacturing safety coordinator, I was introduced to the National Safety Council. Its many outstanding leaders and peers inspired me to pursue a graduate degree in occupational safety and health. I earned my CSHM, CSP, CHSP, ARM, REM and CESCO, and began to write, give presentations and became a municipal safety officer.

During these years, I learned two immensely important lessons. The first has helped me in every position. Eugene Kranz, during NASA’s Apollo 13 recovery, said “Work the problem – don’t make it worse by panicking.” Unfortunately, I observed several leaders over the years panic during troubling situations. I learned to consistently remind myself that everything in safety is a cycle: hazard identification, hazard control, communication, leading indicators, preventative/corrective actions, lagging indicators and investigations. If these items aren’t handled, something can be missed or handled reactively. In either case, someone could be hurt or killed.

The second lesson I learned was this: Even things that may seem small and insignificant can easily become debilitating obstacles. I recall one case in which a worker died, leaving behind a wife, three children and several grandchildren. I was working as a third-party investigator on this fatality, and the investigation quickly showed hazards that were missed or handled reactively. Our workers should never pay the price for these oversights. As leaders, we have a responsibility to address these issues systemically and systematically to keep workers safe.

Ultimately, after years of work, I was very fortunate to be recruited by my current organization, which strongly supports a partnership with the National Safety Council. I was extremely happy to be selected as a 2015 Rising Star of Safety, which validated, in a way, my organization’s emphasis on safety and support for my career. In the last three years, three more Rising Stars were selected from our organization. They are leaders in workplace safety, emergency management and clinical safety, and all innovators.

I look forward to proactive prevention and constant improvement becoming the norm in other industries. In the healthcare field, for example, hazards such as needle sticks, bodily fluid exposures and workplace violence are everyday possibilities. Waiting until incident reports are filed is not an option; proactive prevention is the only way to keep workers safe.

Proactive prevention and the best lessons learned in EHS shouldn’t be solely the domain of organizations with progressive safety and health programs. We need everyone on board. That’s how everybody wins, and how we can all keep each other safe.