The number of serious injuries or deaths as a result of button batteries has increased nine-fold in the last decade.

Children want to explore. And young children have a tendency to put most of what they find laying around the house in their mouths.

Every parent knows this, but what parents don't always know are the hidden dangers lurking inside seemingly harmless items, such as remote control devices and keyless remote door openers for vehicles. What's inside? Coin lithium batteries. You may know them as button batteries. These little silver-colored batteries power everything from toys and electronics to watches and musical greeting cards.

Button Batteries can be Extremely Dangerous

If swallowed or placed in the nose or ears, button batteries can cause serious injury or death, according to the National Capital Poison Center. More than 3,500 people of all ages swallow button batteries every year in the United States. Most pass through the body and are eliminated, but sometimes they get hung up in the esophagus. An electrical current can form in the body and hydroxide, an alkaline chemical, can cause tissue burns that can be fatal.

Fourteen fatalities involving children ranging in age from 7 months to 3 years were recorded from 1995-2010, all from the ingestion of button batteries, according to the Centers for Disease Control and Prevention. This has led the Consumer Product Safety Commission to call for the electronics industry and battery manufacturers to develop warnings and industry safety standards.

Karla and Michael Rauch of Phoenix, through the non-profit foundation Emmett's Fight, are sharing their story to educate families, parents, caregivers and grandparents about the dangers of button battery ingestion.

Their son, Emmett, removed a button battery from a DVD player remote control device and swallowed it in October 2010. The battery burned two holes in his esophagus and was lodged one centimeter from his heart. He endured countless surgeries in a courageous battle to live a normal life.

In 2014, doctors reconstructed his airway, enabling him to work on his speech in preparation for kindergarten, and he had his tracheostomy removed, clearing a path for him to play soccer.

"As a mother, I replay the morning we noticed Emmett's illness over and over in my mind," Karla writes in a Cincinnati Children's blog. "How did I not know?" 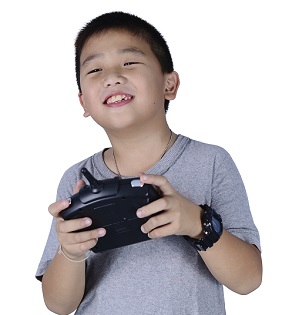 In partnership with Safe Kids Worldwide and Energizer, Karla and Michael Rauch share what they've learned in hopes others steer clear of disaster. Both say parents can take steps to protect their children:

What to Do in an Emergency

The Poison Center outlines steps to take if you suspect someone has ingested a button battery:

Button batteries also can cause permanent injury when placed in the nose or the ears, the Poison Center says. Young children and elderly people (wearing hearing aids) have been particularly involved in this type of incident. If you suspect a battery lodged in the nose or ear, watch for pain or discharge, and do not use nose or ear drops until the person has been examined by a doctor.