With more than 5,000 workers dying on the job, the Work to Zero initiative will help employers understand and embrace life-saving safety innovations. 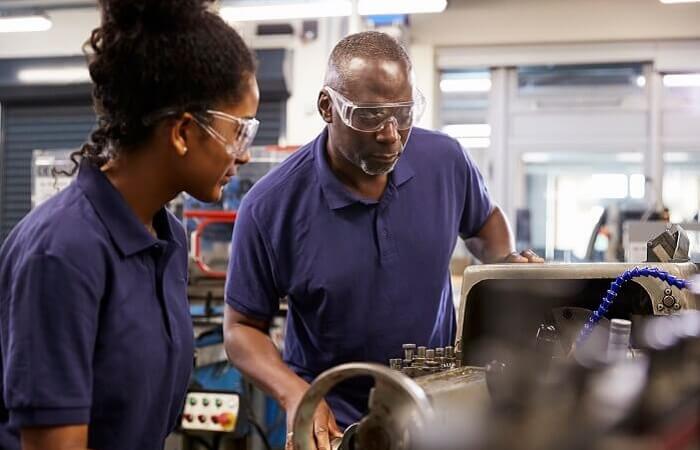 Itasca, IL – The National Safety Council has received a $500,000 grant from the Pittsburgh-based McElhattan Foundation to launch the Work to Zero initiative, which will help educate employers about new technological safety advancements that promise to reduce and ultimately eliminate preventable deaths in the workplace. NSC also will develop tools and resources for employers who want to integrate potentially life-saving technology, including comprehensive reports and a training program.

The grant is the largest single-payment grant in the history of the McElhattan Foundation, established last year by Kent McElhattan, co-founder and chairman at Industrial Scientific and former NSC Board of Directors chairman.

“Fourteen people every day go to work and never return to their loved ones,” said Deborah A.P. Hersman, president and CEO of the National Safety Council. “Technology holds immense promise when it comes to mitigating human error – we are seeing this on our roadways as our vehicles become more automated, and we can see it in our workplaces, too. The National Safety Council is very grateful to the McElhattan Foundation for providing us with the financial tools needed to advance safety in the workplace.”

Kent McElhattan, chairman of the McElhattan Foundation, said, “This year, in the USA alone over 5,000 men and women will lose their lives on the job. Each fatality is a catastrophic, unrecoverable loss for their families, co-workers and communities. We are delighted to partner with the National Safety Council to fulfill Industrial Scientific’s vision of ending death on the job by the year 2050.”

A 2017 Pew Research Center report indicates that Americans anticipate technology will impact their work environments in the coming years. The National Safety Council surveyed its 15,000 member companies to gauge their interest in workplace technologies, and found 100 percent have a strong interest in knowing more about technologies and how to implement innovations such as augmented and virtual reality, artificial intelligence, sensors, wearables, drones and robotics.

The National Safety Council plans to leverage The Campbell Institute – the global center for EHS excellence at NSC – to pilot technology training programs and evaluate results.

For more about the Council’s workplace safety initiatives, visit nsc.org/work-safety.

About the National Safety Council
The National Safety Council (nsc.org) is a nonprofit organization whose mission is to eliminate preventable deaths at work, in homes and communities, and on the road through leadership, research, education and advocacy. Founded in 1913 and chartered by Congress, NSC advances this mission by partnering with businesses, government agencies, elected officials and the public in areas where we can make the most impact.

About the McElhattan Foundation
The McElhattan Foundation, established in 1994, originally served as the philanthropic arm of Industrial Scientific Corporation, a company founded by K.E. McElhattan and his son, Kent D. McElhattan. When the family sold Industrial Scientific in 2017, a portion of the proceeds went into the Foundation’s endowment, and the Foundation chose “preserving and enhancing human life” as its mission. Now, the Foundation awards grants twice per year in four program areas: workplace safety; education; palliative care; and community development in Knox and Franklin, PA. More information is available at mcelhattan.org.