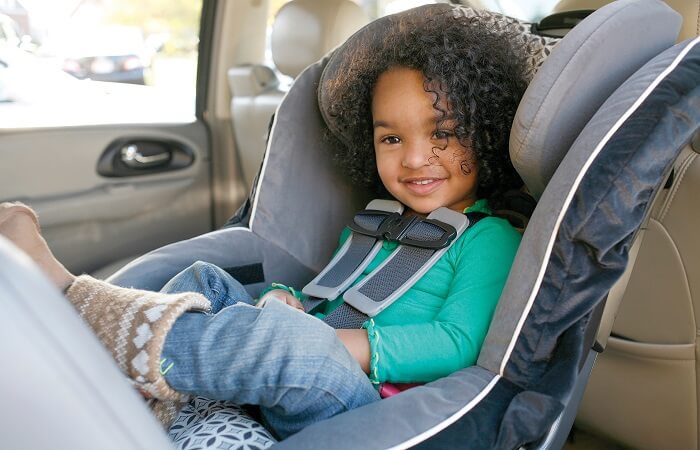 Itasca, Ill. – Eduardo Medina, Jennifer Booge and members of the Louisiana Passenger Safety Task Force long have shared a common bond. All have been committed to child passenger safety for years.

Today, they are linked by another thread as recipients of the National Child Passenger Safety Board’s 2020 Child Passenger Safety Technician of the Year, Instructor of the Year and Team of the Year awards, sponsored by Toyota Motor North America. These awards are presented annually to recognize individuals and teams working to protect children during travel. Car crashes are the second-leading cause of death for children under age 4 and the leading cause of death for children and young adults ages 5-24.

“We are thrilled to recognize these outstanding individual award winners and all those on the team at the Louisiana Passenger Safety Task Force,” National Child Passenger Safety Board Chair Tammy Franks said. “If success is about the difference you make in people’s lives, then this much can be said about the Technician, Instructor and Team of the Year award winners: They define success.”

Medina, a resident of Bogotá, Colombia, was trained in the U.S. as a certified Child Passenger Safety Technician. He returned to Colombia and was the first CPS Technician in his country. He was the first to talk about expiration dates on car seats. He also created the first car seat recycling program in Bogotá: Morada Segura.

Medina has checked or assisted in the installation of more than 2,000 car seats and has promoted child passenger safety on TV and radio programs. He also has been featured in a number of magazine articles.

Booge lives in Park Rapids, Minn. She was first introduced to child passenger safety by a friend. Within a year of undergoing training to become a CPS Technician, she was certified as the only CPS Instructor in the northern half of Minnesota.

Booge later went on to develop a model Head Start Child Passenger Safety program. She served on the National Child Passenger Safety Board and the National Highway Traffic Safety Administration school bus curriculum revision committee. She is most proud of her efforts to bring child passenger safety to Tribal communities in five states. Ms. Booge has served as a volunteer in each of these roles.

Four years ago, members of the Louisiana Passenger Safety Task Force and representatives from University Medical Center New Orleans partnered with Louisiana’s Sonic Drive-in restaurants to produce the Sonic “Tot” calendar. These calendars feature monthly child safety seat messages and are sold at Sonic locations around the state of Louisiana. Proceeds are used to purchase car seats for those who cannot afford them. In 2018, Sonic donated $60,000 to the Task Force’s safety initiative and a total of $223,000 has been raised since the inception of the program.

In 2019, members of the Louisiana Passenger Safety Task Force distributed over 900 car seats. They also provided education, assisted in the installation and/or checked more than 5,100 car seats working in nine different regions across the state.

“The accomplishments of these individuals and team members are amazing,” Franks said. “Recognizing them today is our way of saying thank you. Thank you to each of them for their contributions to keeping families safe in vehicles. We don’t ever want to take for granted the things that deserve our sincere gratitude.”