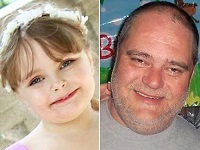 Pam O'Donnell is a wife and mother whose husband and 5-year-old daughter were killed by an impaired driver on Feb. 22, 2016.

Pam is now the only parent to their 10-year-old daughter, who was left without her father and baby sister. She has decided to turn her family’s tragedy into action.