Children on Commercial Flights Need Their Own Seats

"One hundred eighty-five people survived that crash landing in Sioux City, but one baby was not found.” 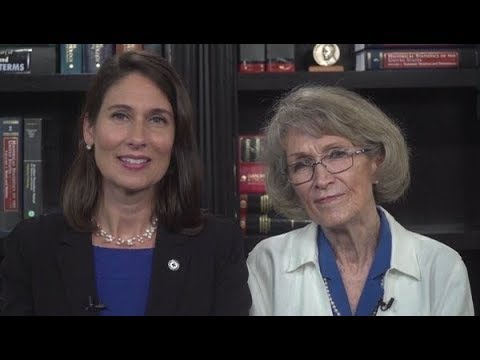 Aviation safety has certainly come a long way since Orville and his brother Wilbur invented the world's first successful airplane and revolutionized how we get from Point A to Point B. In fact, the United States recently went nine straight years without a fatality on a domestic commercial air carrier. When it comes to flying, we are far safer in the air than on our drive to the airport.

But there is still a glaring gap in the safest transportation industry. Our smallest travelers are not protected from turbulence or crashes, because we still allow them to sit on their parent’s lap during a flight rather than in their own seat.

Jan Brown: On July 19, 1989, I found out firsthand how dangerous this can be. I was the lead flight attendant on United Flight 232 from Denver to Chicago. We were 37,000 feet above northwestern Iowa when the tail-mounted engine of the DC-10 exploded, and the hydraulics became useless. When we realized we needed to prepare for a crash landing, I instructed the four parents holding their babies to wrap them in blankets, place them on the floor, and brace them with their hands and legs. This was the most protective measure the airlines had in place for our most vulnerable passengers.

One hundred eighty-five people survived that crash landing in Sioux City. But one baby was not found. When I stopped his mother from going out to the wreckage in the corn field to look for him, she turned to me and said, “You told me to put my baby on the floor, and now he is gone.” Right then, I knew I was going to live with that for the rest of my life. I told her it was the best thing to do, but I knew it needed to be changed.

Debbie Hersman: Jan has been a tireless advocate for children’s safety on airplanes ever since that Sioux City crash, and her passion has always inspired me. One of my biggest personal regrets from my time at the NTSB was not being able to change FAA policy and end the practice of lap-held children on flights.

I haven’t stopped advocating for this change, though. In recognition of National Aviation Day, the National Safety Council is again calling on lawmakers and regulators to require all children on commercial airplanes to have their own seat and be properly restrained in an FAA-approved child safety seat during the whole flight.

But parents do not need to wait for a change in law to do the right thing.

Jan Brown: Just because it’s allowed doesn’t mean it’s safe. Parents are getting an erroneous message, and many believe they can hold a child in severe turbulence or an emergency. But I consider lap children a three-way risk: to themselves, to a passenger who is seated nearby, and to the flight attendants who do not have the means to adequately protect the tiny passenger.

When something bad happens, the best way to heal, and the best way to learn, is to try to change it so it never happens again. While I hope to see the day when the FAA changes its policy, I hope parents will take the issue seriously and spend the extra money to put their children in their own seat, where they’re buckled in and secured just like every other passenger.

We’ve come so far since those first Wright brothers flights. It is deplorable that we cannot close this very important safety gap.

Debbie Hersman: We secure our luggage, coffee pots and laptops on every flight. Why not our most valuable and precious cargo?