For the first time, two women of color are recognized for their outstanding contributions for women in safety. 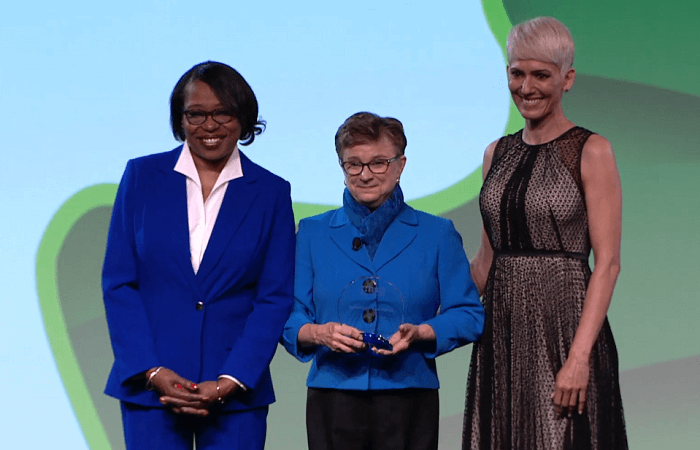 SAN DIEGO – The National Safety Council, America’s leading nonprofit safety advocate, announced Monday this year’s recipients of its Marion Martin Award, presented annually to outstanding female safety professionals. The following safety leaders are the first women of color to win this award and were honored during the opening session of the 2022 NSC Safety Congress & Expo.

Maude Taylor McGraw, North America HSE regional operations leader at Cummins, Inc., develops and implements health, safety and environment strategy for more than 28,000 employees at 285 worksites in North America. As a safety leader having worked in every region within Cummins, Inc., including Europe, India, China and Latin America, she has developed HSE professionals and improved safety performance across the globe. Previously, Maude led the HSE team at United Technologies-Carrier Corp.’s largest employee site, reducing the recordable injury rate from 9.2 (1999) to 0.39 (2007). She is a longstanding advocate for women and champion for diversity, equity and inclusion.

Violet Marrero, consumer safety director at NJM Insurance Group, leads NJM’s award-winning Teen Driver Safety Programs, partnering with teens, parents and teachers to raise awareness of safe driving practices. Under her leadership, NJM now collaborates with the Children’s Hospital of Philadelphia’s Center for Injury Research and Prevention, Impact Teen Drivers and New Jersey Brain Injury Alliance Programs like What Do You Consider Lethal? and the Just Drive PSA Contest are now offered in high schools at no cost throughout Connecticut, Maryland, Ohio, New Jersey, and Pennsylvania. Previously, Marrero was the manager of special projects with the New Jersey Division of Highway Safety. She has received numerous awards, including the National Safety Council Award for Commitment to Advancing Teen Driver Safety.

“I am beyond thrilled NSC is honoring these two women with our Marion Martin Award,” said Lorraine Martin, NSC president and CEO. “This honor is designed to reward women who have had a significant impact on other women in the safety field and to celebrate the careers of women who have not only achieved professional excellence, but did so while encouraging other women to pursue a career in safety. These two women embody this feat fully. Thank you, and congratulations.”

Launched in 2016, the Marion Martin Award annually celebrates the accomplishments of women in safety who have paved the way to success for other women in the profession.

For more information about the Marion Martin Award, as well as other NSC awards, visit nsc.org/awards.

About the National Safety Council
The National Safety Council is America’s leading nonprofit safety advocate – and has been for more than 100 years. As a mission-based organization, we work to eliminate the leading causes of preventable death and injury, focusing our efforts on the workplace, roadway and impairment. We create a culture of safety to not only keep people safer at work, but also beyond the workplace so they can live their fullest lives.