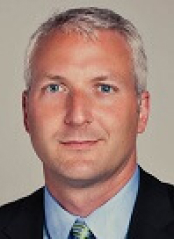 Before joining NSC, Nicholas J. Smith was co-founder and managing principal of ICS Consulting, a full-service, compliance consulting and auditing firm. In addition, he co-developed ICS's proprietary compliance software solutions, including ICSEval, EZcertOrigin and SecureID®. After multiple years of successive growth, the firm was acquired by a large, New York-based security and compliance consulting firm, where Mr. Smith continued to provide consulting and advisory services.

Previously, Mr. Smith served as Chief of Staff for the largest investigative agency within the Department of Homeland Security. He oversaw the day-to-day activities of the agency, which had more than 17,000 employees and a budget of more than $5 billion. Mr. Smith's responsibilities included coordinating the agency's activities with the White House, DHS and its associated agencies, as well as implementing new policy directives and identifying efficiency opportunities to ensure the agency met key enforcement goals.

Prior to joining DHS, Mr. Smith spent nearly 10 years working in the U.S. Senate in various leadership positions. He concluded his Hill career serving as press secretary and deputy chief of staff for Senate Majority Leader Bill Frist. While working with Sen. Frist, Mr. Smith acted as the key communications coordinator on all of his major legislative initiatives, including health care, education and foreign affairs. In this role, Mr. Smith also served as a communications liaison between Senate Leadership and the White House. In addition, he was the treasurer in 2000 and president in 2001 of the United States Senate Press Secretaries Association.

Before his work with Sen. Frist, Mr. Smith produced policy briefings and worked in investor relations for a public policy organization, did media relations for Sen. Arlen Specter, and worked in sales and marketing for a multi-national publishing company.

Mr. Smith is a graduate of Pennsylvania State University.