Making driving safer, smarter and more sustainable on The Ray. 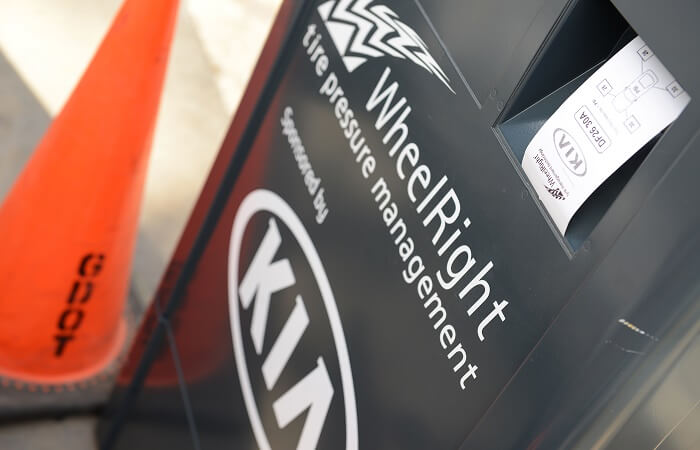 One in four passenger vehicles has at least one underinflated tire, according to the National Highway Traffic Safety Administration (NHTSA). Next time you’re in a parking lot look around at the number of cars; one quarter of them are a possible safety hazard. Underinflated tires can directly lead to tire blowout incidents, and they can increase the severity of other crashes. NHTSA estimates that 78,000 collisions occur every year due to unsafe tires resulting in the deaths of 738 people in 2017.

But here’s the thing: Tire failure is completely predictable and preventable.

The Road to Zero Coalition has nearly 900 other organizations committed to creating a roadway fatality-free world by 2050. The Ray, a nonprofit organization in rural Georgia, is one of them. The core mission of The Ray is safer transportation, meaning zero deaths on highways, interstates and roads. The Ray demonstrates technologies and innovations that make driving safer, smarter and more sustainable. On an 18-mile living transportation innovation laboratory on Interstate 85, we’re demonstrating new technology that can mitigate tire failure from low pressure and insufficient tread depth.

In December 2016 we installed WheelRight, an automatic, roll-over tire safety system, developed and manufactured in the UK. WheelRight instantly measures the tire pressure and tread depths of all tires on any passing car or truck at speeds of up to 10 miles per hour – all without the driver ever leaving the car! The Ray’s system was the first in the world when it was installed, but today you can find WheelRight systems in Colorado, North Carolina, the UK, Germany and in Hong Kong.

To celebrate the two-year anniversary of WheelRight on The Ray, MBA students at Duquesne University analyzed the results. Since 2016, the system has scanned more than 4,500 vehicles, about 18,500 tires. A small sample shows that 7.2% of treads were below the recommended depth of 3/32” and 18% of tires were underinflated, with 2% requiring urgent attention.

So why does this matter as more and more cars have internal tire pressure sensors? It’s important to remember that those vehicles have what’s called an indirect system, with several shortcomings, such as false warnings with weather changes, and may not inform the driver which tire is low. And, of course, they don’t check for balding tires.

The WheelRight is one of the most obvious successes on The Ray, but we aren’t stopping there. In 2018, WheelRight added a tire sidewall reader to our tire safety station. Still in a machine learning phase, WheelRight is innovating in real time on The Ray. The tire sidewall reader is comprised of two towers adjacent to the side of the vehicle in which cameras and lights are housed. As a vehicle passes through, the lights and cameras are triggered, capturing up to 20 images of the rotating tire. This allows drivers to find out how much usable life is left on the tire, and where to find a suitable replacement.

With the weather warming up and spring break just around the corner, it’s important to understand tire safety before heading out for a road trip. So many roadway dangers are out of our control, but tire safety isn’t one of them.

If you liked this post, sign up for a once-a-month digest of our best posts from Safety First.

Anna Cullen is director of external relations and communications for The Ray.