Nominate an accomplished woman in safety for the prestigious Marion Martin Award by March 10. 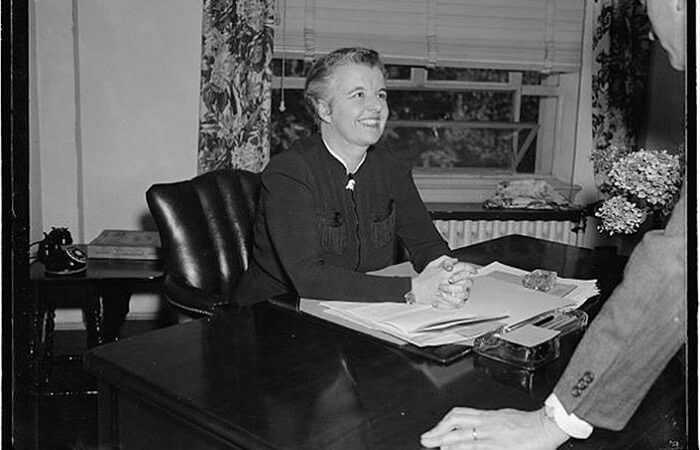 From the industrial revolution to the present day, women have played a major role as safety pioneers. In many areas of public life, as in safety, women are still under-represented. Yet thanks to the efforts of early advocates and those who weren’t afraid to push for progress, we are a lot closer to achieving greater visibility and recognition of our accomplishments in safety.

This International Women’s Day is a perfect opportunity to pay our respects to a true trailblazer – Congresswoman Marion Martin. In 2016, NSC established the Marion Martin Award in her honor to recognize and celebrate women whose safety contributions have advanced improvements in health and safety matters. Nominations are open through March 10.

Born and raised in Maine at the dawn of the 20th century, Martin not only advocated for safety, but also for women to bring their skills and knowledge to the public arena. She was just a child when the Triangle Shirt Factory fire in 1911 launched the modern safety movement. She came of age when women finally got the right to vote in 1920 and started her political career in 1930.

Martin served two terms at both the Maine House of Representatives and the state Senate. She was the only non-lawyer and woman and on the Senate Legal Affairs Committee. She took law courses in between legislative sessions to keep pace. In addition, she served as assistant chair of the Republican National Committee until 1947 and founded the National Federation of Republican Women's Clubs. She encouraged women to get involved in politics, to speak their minds and use their skills of building diplomacy in the home to create change and advocate for progress in society at large.

She became the first female cabinet member in the state of Maine, and was instrumental in passing legislation to advance equal pay for equal work, a minimum wage law, strong industrial safety, child labor laws and collective bargaining. She led the Maine Department of Labor and Industry for 25 years, through seven administrations. That kind of legacy is hard to match or even imagine in the partisan strife of today.

From 1950 to 1980 she served as an NSC board member, and long before there was a Women’s Division at the National Safety Council, she was vice president for women’s activities in the 1950s. Thanks to her safety leadership, she was the first woman to be awarded the prestigious NSC Distinguished Service to Safety Award in 1971.

With Marion Martin’s legacy in mind, and with International Women’s Day right around the corner, we urge safety professionals to consider nominating an accomplished woman in safety for this prestigious award before March 10. This is just one way we can pause and celebrate a woman’s role in safety.

Nominees must have achieved professional excellence in the safety field. They also must have accomplished at least one of the following:

When Martin passed away in 1987 at the age of 86, the 113th Maine legislature adjourned the Maine House session in her memory. We have many great ladies in the safety field today, in no small part because visionaries like Marion Martin paved the way forward.