Safety is the Right Way to do Things 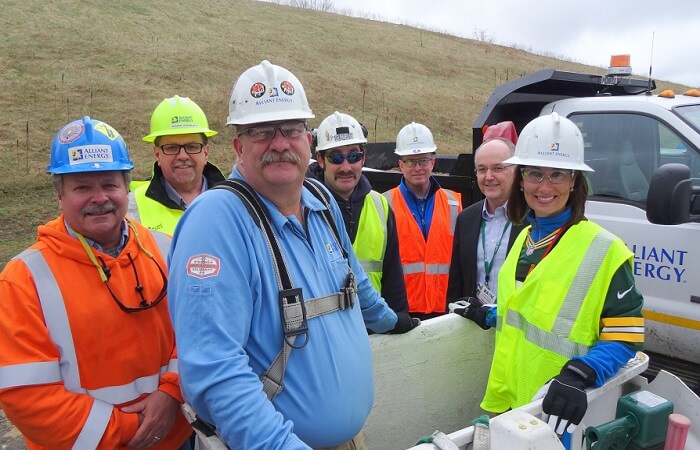 At this moment in the U.S. someone is injured every second because of something preventable, and every three minutes, someone is killed. At its core, preventable injuries and fatalities could be avoided if things were done the right way in eliminating known hazards. One hundred years ago, the National Safety Council was founded to reinforce that “safety is the right way to do things.”

Yet in spite of our commitment to strengthening education, training, laws, regulations and enforcement, we have seen unintentional deaths, which most people refer to as “accidents,” continue to rise. In 2018, U.S. life expectancy dropped for the third straight year and preventable fatalities are now the third leading cause of death.

Not only have opioid overdoses risen exponentially, workplace fatalities hit an eight-year high in 2017 led by motor vehicle deaths. Our vehicles are the leading cause of death for young people and kill more than 100 road users in the U.S. every day. That means 100 deaths today, tomorrow and the day after.

During the last four and half years, I’ve had the privilege of leading NSC with the support of an incredible board and talented staff as we focused on eliminating those preventable deaths in our lifetime. I am incredibly proud of the work we have done together and the role the organization has played in helping people lead safer lives at work, at home and on the road.

I’m grateful to the hundreds of organizations and thousands of volunteers who commit their time, talent and treasure to reverse the grim statistics. Make no mistake, their combined efforts make a difference every day; thankfully we don’t have to imagine the staggering death toll that we would exist without their involvement.

Safety is the right way to do things, but the data tell us that in many areas of our lives, we still aren’t making the right choices as we struggle with threats both new and old.

Consider this: To match the number of deaths we have had on our roads during my 54 months at the National Safety Council, you’d have to combine all attendees from Thanksgiving holiday football games at the Superdome (73,017) and ATT stadium (92,076), and then add in a dozen high school games as well.

Shouldn’t we be outraged and demand change? That unbelievable loss of life should not be the price of mobility.

If we look at crashes, the same things that have killed us for decades are still killing us today.

Most of us recognize we are fallible – “to err is human.” Yet human ingenuity has figured out a way to solve amazingly complex problems. We have sent men to the moon, we can map our location almost anywhere on the earth, and machine learning has given rise to AI champions Watson, AlphaGo, and AlphaZero. This was possible thanks to the power of engineering and technology in pushing new frontiers, but none have the life-saving potential of self-driving vehicles. We are on the brink of addressing one of the greatest challenges of the century: creating not just a safer car, but a safer driver.

As a safety professional, with decades of experience in policy, crash investigation and advocacy, I know that the most dangerous thing I let my sons do is drive themselves to work or soccer practice. It is for my boys that are inexperienced, for my parents who are aging and for the families that have lost someone that they love that I am compelled to embark upon a new mission.

In January, I will take all I have learned at two dream jobs, leading the NSC and the National Transportation Safety Board, to be part of something that can change the world and save many lives. I will join the men and women of Waymo, who have been working to build the world’s most experienced driver for almost 10 years. It is my greatest hope that Waymo will lead, as well as partner with others in the self-driving space, to ensure that safety is the highest collective priority.

As I leave the NSC and the team that fills me with gratitude every day, I will miss being part of an organization that educates, engages and empowers people to be safer at work, at home and on the road. As I consider this new role, I am filled with both excitement and the fear of failure. Will there be challenges? Absolutely. Will there be setbacks, errors and disappointments as we embark on this uncharted journey? Undoubtedly. But my greatest fear is not giving this challenge everything we have and figuring out how to succeed in spite of the doubts, criticism, adversity and the inevitable failures on the path to safe self-driving.

It is not the critic who counts; not the man who points out how the strong man stumbles, or where the doer of deeds could have done them better. The credit belongs to the man who is actually in the arena, whose face is marred by dust and sweat and blood; who strives valiantly; who errs, who comes short again and again, because there is no effort without error and shortcoming; but who does actually strive to do the deeds; who knows great enthusiasms, the great devotions; who spends himself in a worthy cause; who at the best knows in the end the triumph of high achievement, and who at the worst, if he fails, at least fails while daring greatly, so that his place shall never be with those cold and timid souls who neither know victory nor defeat.

To the NSC team, I’ve loved every minute of our time together. And to John and the Waymo team, I can’t wait to join another band of believers in something bigger than themselves – that safety is the right way to do things.

Deborah A.P. Hersman is the former president and CEO of the National Safety Council.