You Might Be Putting First Responders At Risk - National Safety Council

During Distracted Driving Awareness Month, help protect those who put their lives on the line to save others. 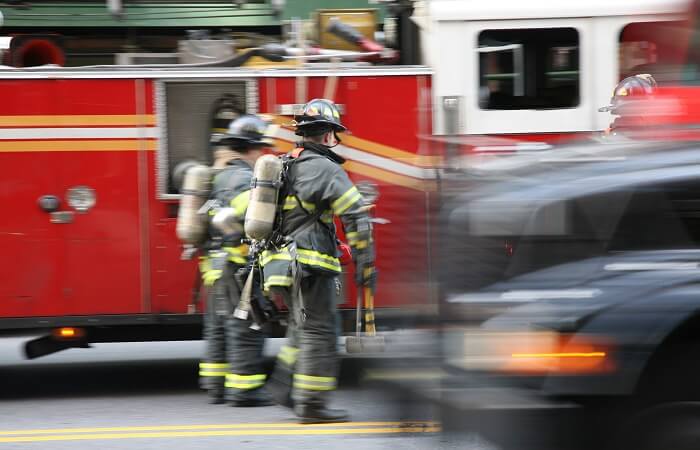 Imagine you are a first responder, administering first aid at the roadside after a car crash, working to free someone stuck in a crumpled vehicle, or talking to a driver you suspect may be impaired. You hope drivers will follow the rules of the road by slowing down, moving over and refraining from engaging in risky behaviors, like driving distracted, as they pass you by.

For Carlos Rosario, a Florida trooper and former corrections officer, an ordinary speeding citation almost ended his life two years ago when a distracted driver swerved to avoid hitting another vehicle, and plowed into him instead. The driver was texting and driving. Rosario spent six months in the hospital, and doctors warned his family he might never walk again.

According to a survey from the National Safety Council and the Emergency Responder Safety Institute, 71% of U.S. drivers admit to taking photos or videos when they see an emergency vehicle on the side of the road. More than half are posting to social media or emailing while they’re behind the wheel.

An overwhelming majority (89%) also say they believe distracted drivers pose a major risk to first responders – but many (49%) shrug off the responsibility to say that being struck is "just part of the risk" of the job.

That risk has become more dire as first responders are being struck by motorists with alarming frequency. Nationwide, 16 first responders have been killed roadside since 2019 began. In the Chicago area alone, this trend has hit crisis levels. More troopers have been struck roadside in the first three months of the year than the last three years combined. With pedestrian deaths hitting a 30-year high, these disturbing trends deserve a closer look. 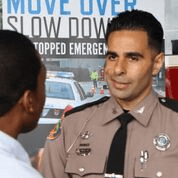 Rosario says we need more education to address the dangers of distraction, the same way we address impairment in driver education training.

Nineteen percent of drivers admit that their own inattentive driving has probably put first responders at risk. What’s more, 24% don’t realize there are legal requirements to move over and/or slow down when approaching an emergency vehicle on the side of the road.

Drivers and passengers are protected by the vehicle, as well as new safety technologies that save thousands of lives each year, such as air bags, electronic stability control and automatic emergency braking. Yet outside of a vehicle we are increasingly out of luck, because our roadway systems provide few protections against human error.

This means that avoiding distractions on the road can be the difference between life or death. Paying lip service to first responders is one thing, but to truly honor their dedication to serve and protect the public, we must avoid the temptation to connect, and put away our phones.

Corporal Rosario was able to return to work as a traffic homicide detective nearly two years after the crash; he is on a mission to spread the word about the dangers of distracted driving:

“My purpose is to stop texting and driving. It’s worse than a DUI – there are more accidents out there we can’t account for. ... Society doesn’t realize how influential our phones have become.”

This April, for Distracted Driving Awareness Month, please pledge to be an attentive driver. We all need to do more to keep those who keep us safe out of harm’s way.

Kathleen Lane is the former senior director of public relations at the National Safety Council.