Systems and humans do not always perform as expected. That’s why we build in layers of safety systems to ensure a safe failure when things do not go as planned. 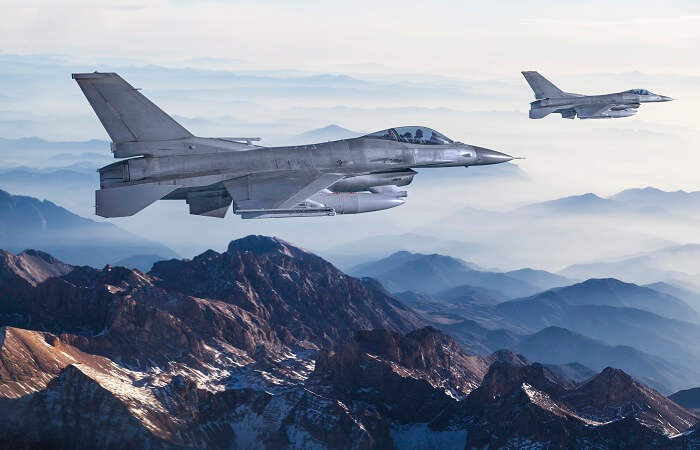 I myself am not a pilot. However, I began my career with the U.S. Air Force and spent three decades in the aerospace industry. In that time, I had the honor to work alongside hundreds of dedicated women and men who consider the cockpit of an aircraft their “office.”

A pilot has a safety sensitive job in every sense of the term. There are personal safety considerations, as well as considerations for those who depend on the aircraft for transport, cargo, security and more. And along with performing their assigned job or mission, these pilots are often required to make split-second decisions, address threats and manage emergencies, all with the aid of the incredible technology embedded in their aircraft.

In the world of safety professionals, identifying and preventing risks that could lead to serious injury or illness is top priority. In addition, systems and humans do not always perform as expected. That’s why we build in layers of safety systems to ensure a safe failure when things do not go as planned. Designing in the ability to fail safely is imperative. In aviation, the goal is always to have the same number of safe takeoffs as safe landings.

Pilots are trained to take every measure to avoid a collision with other aircraft and more importantly with the earth. Yet, there are times when a pilot experiences spatial disorientation—a loss of understanding of the aircraft’s orientation to the environment around it. This means the pilot could be unaware the aircraft is heading directly toward the earth at an alarming rate of speed. The tragic death of John F. Kennedy Jr. and his passengers was attributed to his loss of situational awareness and orientation as he flew his private plane through hazy skies.

In a fighter aircraft, a pilot can lose consciousness for a period of time in part because of the significant gravitational forces to which the body is subjected during dynamic maneuvering. In these rare situations, the plane is essentially pilotless and has the potential to collide with the earth, resulting in grave consequences.

Now, the good news. Known to us safety professionals as the “hierarchy of controls,” it’s a series of strategies used to identify and mitigate hazards, arranged beginning with the most effective controls and proceeding down to the least effective. With elimination of the hazard as the ultimate goal, these strategies are designed to reduce risk before work—in this case a flight—even begins.

Many safety systems on fighter aircraft help ensure a safe flight even when things don't go as planned. These include backup systems for redundancy, alerts, high-tech helmets and flight suits, 360 degree cameras and sensors, ejection systems and inherent design elements that limit impact from the failure of fuel systems, to name only a few.

There is no better example of failing safely than the Automatic Ground Collision Avoidance System (Auto GCAS). The system detects when a collision is imminent, indicating the pilot is distracted, incapacitated or unconscious, and takes control of the aircraft to avoid crashing. During my time with Lockheed Martin, I was honored to work with the team of engineers who designed this software that, to date, has saved at least 12 lives, including a student pilot who lost consciousness, a U.S. Air Force pilot and an F-16 flight instructor.

My deep gratitude to the Lockheed Martin team and those in the U.S. Air Force who make it their mission to ensure everyone returns safely. It’s my privilege to join you in your dedication to saving lives, from the workplace—including a cockpit—to anyplace.

Lorraine M. Martin is president and CEO of the National Safety Council.