The Day My Husband Didn't Come Home from Work 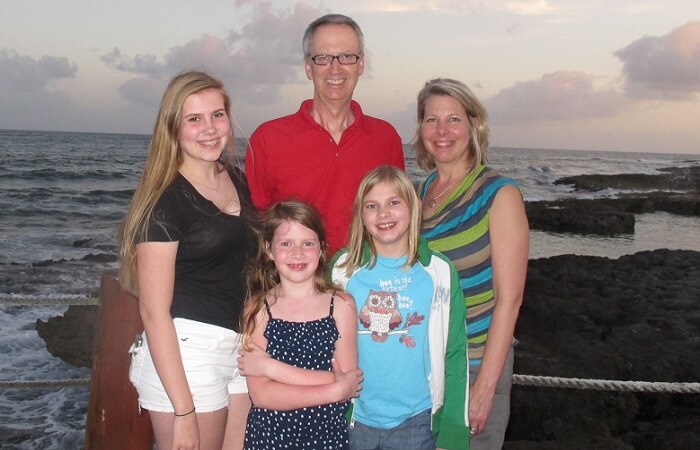 This blog was originally posted on June 18, 2018. Workplace assault statistics have been updated.

July 31, 2014, I received a knock on my door that forever changed the life of my family.

I had just returned from a run on a gorgeous, sunny summer day. Two of my daughters were home with me, and one was at band camp. I opened the door and was greeted by a local police officer who said repeatedly that my husband had been gravely injured. He gave me the name of a Chicago police officer I was to contact. He would not give me any further information.

My first thought was that my husband, Steve, had been hit by a car while he was walking to an appointment, and then 20 seconds later I knew what had happened.

I called the Chicago police officer, who told me that Steve had been shot at work and was currently in surgery. Then my cell phone rang, and it was the media. It all happened that fast. As I drove downtown with my dad, I could see the news helicopters hovering over LaSalle Street. It was all very surreal. When we arrived at Northwestern Memorial Hospital, the Chicago police officer ushered me in quickly to avoid the media.

Steve was the founder and CEO of ArrowStream. For two weeks he had been wrestling with how to handle a personnel issue with an employee named Tony. He needed to transition Tony to another role. It was a demotion, but Steve knew that Tony still had much value to add, just not in his current capacity.

Steve was concerned about having this conversation and wasn’t sure how Tony would react. He wanted him to remain with the business if he felt like that was the right decision for him. They talked about it on a Monday and daily for the next two days. By Wednesday, Steve really thought that Tony had warmed up to the idea and that it was all going to be OK. Then, the unthinkable happened.

Thursday, Tony brought a gun to the office. He had a meeting scheduled with Steve, at which time he shot him twice, once in the abdomen and once in the head. Then Tony shot himself. Tony died in Steve’s office, but Steve “survived.” He never regained consciousness. He lived another two and a half months until his body succumbed to his injuries on Oct. 13, 2014.

Risk factors for workplace violence can include:

Health care and service industry workers report the most incidents by far, with 99% of all workplace assaults in 2020.

So, what can we do? How can we change this alarming trend?

Here are nine questions you should be asking to protect against workplace violence:

What we can’t do is operate out of fear and not take action.

Remember, employees are first responders. They are the first line of defense to notice signs that could lead to workplace violence. If something unfortunate happens, they are possibly the first people on the scene to help with medical interventions. It’s important employees communicate with their manager or human resources department if they observe any warning signs of workplace violence.

We never thought this would happen to our family – but it did. It’s been almost four years since we lost a husband and father, and I want to continue to do everything I can to make sure it doesn’t happen to another family. What is your company doing to address this issue and ensure your workplace is prepared?

Jody Lavoie and her three daughters have experienced firsthand the tragedy of homicide in the workplace. Through her coaching practice, she uses her experience to help widows re-ground and find purpose, at work and at home, to move forward confidently, find joy and build resilience. Jody also is a former CEO of Female Strong and former chairperson at ArrowStream.