Who Will Suffer a Cardiac Emergency? - National Safety Council

Who Will Suffer a Cardiac Emergency?

When it comes to being prepared for American Heart Month, knowing CPR is the ultimate assist.

Each year in the United States, more than 300,000 people suffer sudden cardiac arrest. When you think about who would suffer a heart attack or cardiac arrest, what does that person look like? I bet you are not picturing a young athlete in the prime of his or her life. Yet, that is exactly what happened.

At a hockey game on Feb. 11, when the St. Louis Blues played the Anaheim Ducks, St. Louis Blues defenseman Jay Bouwmeester collapsed while on the bench. The 36-year-old athlete had suffered a cardiac episode. His fellow teammates frantically called for help and medical staff immediately started CPR and used an automated external defibrillator (AED) on Bouwmeester before he was transported to a nearby hospital. Fortunately, Bouwmeester is in stable condition, thanks to the quick response of a trained medical team who knew how to address a cardiac emergency.

In cardiac-related emergencies like Bouwmeester’s, every second counts. A victim’s chances of survival decrease as much as 10% for each minute a shock from a defibrillator is delayed. This is one reason 70% of heart attack deaths occur before a person is able to reach the hospital.

An emergency can happen anywhere, at any time and to anyone. Even athletes, who train vigorously and are in peak physical condition, are susceptible. Take these NHL Players for example:

February is American Heart Month, a time to remember the importance of being prepared for an emergency. One of the best ways to prepare for a situation where seconds can mean the difference between life and death is to become trained in CPR and AED. The current survival rate for sudden cardiac arrest is less than 7%. By being trained in medical emergency response, you could dramatically improve those odds.

Professional athletes have medical staff at the ready for such an emergency, but very few of us are professional athletes accompanied by such protection. The good news is that we all have the opportunity to help save a life, should an emergency occur. Even those who are in the prime of their lives can fall victim, but with a quick response from a trained individual they have the chance to get up again.

When it comes to safety, knowing CPR is the ultimate assist. 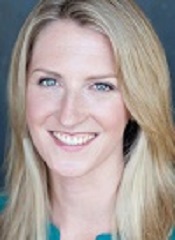