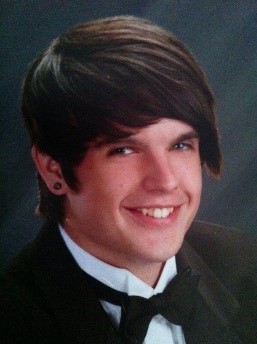 On Labor Day weekend 2010, Brian Strommer’s family was thrown into the most tumultuous and painful period of their lives when their 22-year-old son, Brian, was tragically killed in a high-speed, single-car DWI crash, where both THC and alcohol were present in his bloodstream.

Brian was a handsome young man with boundless potential as a musician. He was from a large family in the Hudson Valley with many friends. The small town of Blooming Grove, New York was profoundly saddened by Brian’s loss. A memorial fund in Brian’s name was established in 2013.

Brian’s father has been speaking publicly since 2012 about Brian’s specific story of choice and consequence, along with the longstanding effects young Brian’s decisions have had on his family.He has made over 50 presentations that have been very well received throughout the Hudson Valley at various venues, both very large to classroom size audiences. As he presents the facts of the crash, he never mentions that Brian was not the driver of the car, but a passenger, who trusted his best friend to get him home safely.

Brian uses his son’s decision to use alcohol and “get high” as detractors from making safe and sound decisions. He risked it all. He makes it clear that young people today should have a plan to get home safely each and every time they go out to a party, not just a standing plan, but a plan for every event.