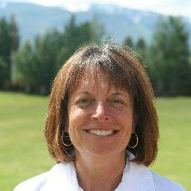 Robye is a loving wife and grateful mother of two who has considered Colorado her home for over 20 years. In February 2017, she suffered severe injuries as the victim of a distracted driving crash. She was hit as she was crossing the road by a distracted 18-year-old driver, and literally saw her life flash before her in a matter of seconds.

Robye was in Texas when this happened. She was in ICU for five days, the hospital for a week, then a rehab center for a week. She was able to come home after being there for three weeks. Then recovery started.

She was non-weight bearing for 12 weeks, getting around with a wheelchair or walker for about a month. She couldn’t even take a shower by herself for about a month after she got home. She slept in the living room of her house in a hospital bed for six weeks. At about two months, she started using crutches and was able to get out a bit. She continued to recover from her injuries and finally stopped physical therapy in late December. She still has nerve damage.

During her recovery, she started looking into distracted driving crashes and found a statistic that said nine out of 10 people who get hit by a car that was traveling at the speed the car in her crash was don't survive, so she found herself being very grateful in spite of what she was going through. She decided then that she wanted to share her story in an effort to create awareness and hope so that nobody she knows would have to go through what her family has.

Her work is a combination of education and awareness activities, and she speaks to various groups about creating more attention to this deadly crisis.