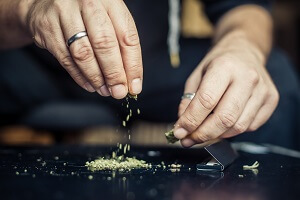 Cannabis can have a major impact on the safety of your workers, and cannabis legalization is creating new challenges. According to a survey by drugabuse.com, more than one in five respondents said they use marijuana recreationally at work during work hours; nearly 5% admitted to daily use, and more than 13% use it more than once a month.

The following are some resources to help you learn how cannabis can affect employees’ ability to work, drive and function, discover policies you should have in your workplace, and get the information and resources you need to address marijuana use and cannabis-related products.

In June 2019, Illinois became the 11th state to legalize marijuana for recreational use. Thirty-four states and Washington, D.C., now have legalized medical or recreational marijuana, meaning a majority of Americans live in a state with some form of legal use. Read the NSC statement on the impacts of legalization.

The National Safety Council conducted a survey focused on public perceptions of the importance and impact of accidental or preventable deaths compared to those of other causes of death and injury. More than 2,000 surveys were completed between April 30 and May 9, 2019. Get the survey results.

Access to cannabis varies widely from state to state. Get the map.

Eighty percent of employers surveyed said they were concerned about marijuana having a negative impact on their workforce. Learn the basics of cannabis and how the drug moves through the body. Get the one-pager.

This report describes the review and update to the NSC Alcohol, Drugs and Impairment Division recommendations for the toxicological investigation of suspected alcohol- and drug-impaired driving cases and motor vehicle fatalities.

The updates are made based on a survey of practices in laboratories in the U.S. and Canada, consideration of existing epidemiological crash and arrest data, current drug use patterns and practical considerations of widely available technology platforms in laboratories performing this work.

The recommendation updates are derived from a consensus of experts recruited from survey respondents and the membership of the NSC Alcohol, Drug and Impairment Division.

Drug-impaired driving is a widespread problem in America. Spread the word about the dangerous impact of driving under the influence of drugs, whether legally prescribed or illegal, with materials from the National Highway Traffic Safety Administration. If you feel different, you drive different.

Drug Use in the Workforce: Costs for Employers