Landau is recognized for his lifelong service to the traffic safety community. 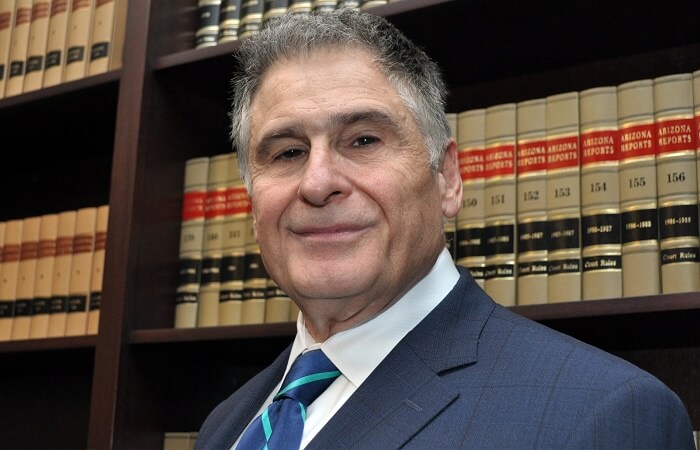 ITASCA, IL – The Alcohol, Drugs and Impairment Division of the National Safety Council has named Jerry Landau recipient of the 2022 Robert F. Borkenstein Award. Landau is recognized for his career spanning more than 40 years as a litigator, judge, legislative consultant and educator. His dedication, knowledge and expertise have made him a leader in the criminal justice and legislative community, allowing him to save lives by advancing safety policies and practices that prevent drug and alcohol impairment.

“Jerry’s sincere commitment to the safety and wellbeing of all roadway users is admirable,” said Tracey Scruggs, program manager for awards at NSC. “His impact is far-reaching, and he continues to inspire peers and blaze trails for emerging safety heroes in his space.”

Landau has served the NSC-ADID for 30 years, including as both vice-chair and chair of the then Committee on Alcohol and Other Drugs, and as the long-time chair of the Legal Factors Section. Last month, he retired as senior consultant to the Arizona Supreme Court Administrative Office of the Courts and currently serves as judge pro-tempore.

During his more than 40-year legal career in Arizona, he has been director of government affairs for the Administrative Office of the Courts, and special assistant and division chief in the Maricopa County (Arizona) Attorney’s Office. He has served on numerous legislative committees and participated in writing Arizona’s criminal and traffic laws.

The Borkenstein Award, named for Breathalyzer® inventor Robert F. Borkenstein, recognizes individuals who, through a lifetime of service, have made outstanding contributions to the field of alcohol- and drug-related traffic safety. Honorees are selected by professionals involved in the Alcohol, Drugs and Impairment Division, which is managed by the National Safety Council.