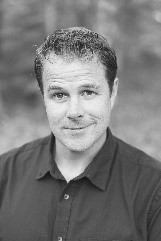 On June 10, 1999, at 18 years of age, Ed was in a car crash involving alcohol and drug use while crossing the Newburgh Beacon Bridge over the Hudson River. He sustained a traumatic brain injury (TBI) and was unable to speak, walk, eat or drink.

Ed faced a long and challenging road for many years, not only physically but mentally as he battled addiction to alcohol. It took Ed over 15 years to accept that he had a brain injury. During those years, denial fueled his alcoholism and led to self-destructive behaviors and even near-death experiences. It wasn’t until Ed was able to accept his brain injury and seek help that he was able to live a sober life.

Today, Ed has the desire to carry a message of hope to all, by speaking at schools, universities and prisons, and in panels and to groups about his crash. His not-for-profit, Talking Brains Initiative, Inc. (TBI) was created to advocate and support those affected by brain injury. In addition, Ed also facilitates multiple support groups pertaining to brain injury throughout his region. He is an associate member of the Governors Highway Safety Association. Through his own life experience, Ed is able to address the dangers of drinking, addiction and crashes, as well as inform others.