Every year, thousands of American workers report having been victims of workplace violence. In 2020, assaults resulted in 20,050 injuries and 392 fatalities, according to Injury Facts®.

No matter who initiates the confrontation, the deadliest situations involve an active shooter. U.S. Department of Homeland Security defines active shooter as someone "actively engaged in killing or attempting to kill people in a confined and populated area."

Safety technologies play an important role in reducing workplace violence. Implementing strategies and technologies such as weapons detection systems, panic buttons, cameras and more can help you prevent, mitigate and react to incidents of violence.

Some people commit violence because of revenge, robbery or ideology – with or without a component of mental illness. While there is no way to predict an attack, you can be aware of behaviors in co-workers that might signal future violence: 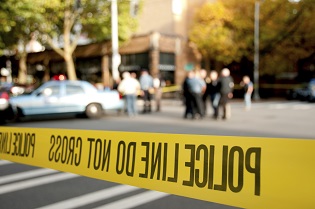