What if Safety Training, Alone, Isn’t the Answer?

Sometimes the key to safety performance improvement is looking at the bigger picture. 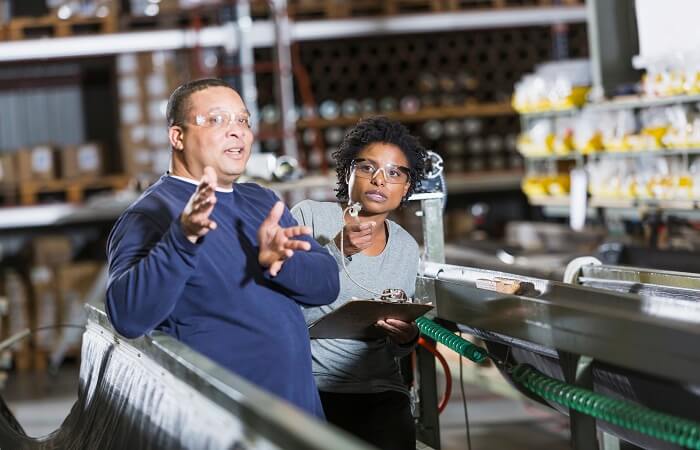 As a consultant in the health and safety space, I often hear companies complain about performance problems: workers not following safe operating procedures, drivers not adhering to safe speed limits and following distances, or common injuries like back strains that affect incident rates. In recent audits of client incident investigations and root cause analyses – where we evaluate what went wrong and how to prevent future incidents – I have seen far too many conclusions like, “worker should pay more attention” or “worker not following procedure.”

Rather than approaching this as a “fix the worker” type problem, often it makes sense to take a look at the bigger picture. In safety and health, we use the hierarchy of controls to address hazards. Did you know there exists a “hierarchy of controls” for performance problems, too?

In graduate school, one of my assigned readings was Mager and Pipe’s “Analyzing Performance Problems.” It remains one of the most helpful books I’ve ever read and frequently pull the Performance Analysis Flow Diagram from its back pages for a friendly reminder that training, itself, actually falls to the “last resort” bucket for performance enhancement and correction.

When a client requests training to “fix” what is perceived to be a worker problem, I always start with the question, “Whose performance is concerning you?” and ask them why they think there is a problem. Statements like, “No one around here cares about safety” doesn’t really define what the problem is. Asking, “What would it look like if everyone cared about safety?” can help to pinpoint the real issue.

Once the performance discrepancy is defined, there are a series of “fast fixes” that can solve the problem. For example, often performance expectations are not clear and merely need clarification. In other cases, the resources are inadequate to perform the job correctly, so the company needs to provide the right equipment or tools to get the desired performance. These fixes are all within management’s control, rather than the worker’s.

Next, we need to make sure the person whose behavior is in question already knows how to do what is being asked of them. Could they do it if their life depended on it? If they can demonstrate or verbally walk through the correct way to do it, training or retraining is not likely to be the right fix. They may simply need additional feedback or practice for the skill in question, not full-blown training on something they already know. (That’s punishing!)

We can’t rule out other issues at this point either. A task that takes fewer steps or is easier to perform will be adopted more readily. Perhaps tasks can be simplified. Also if the person in question is incapable of altering their behavior, you may have to find a job more suitable to their skill set. For example, there are some people who cannot stand for long periods of time or lift heavy objects over and over again.

Once we have exhausted this line of questioning, then and only then will training be an effective and cost-efficient solution. As instructors, trainers or consultants we are often asked to perform the function of training and fail to recommend the other critical elements to be sure the training “sticks.” So next time a client says, “I’ve trained them before but they still don’t get it,” this is a red flag that training, alone, probably isn’t the answer.