Climate Change May Spell Trouble For Those Who Fail to Prepare 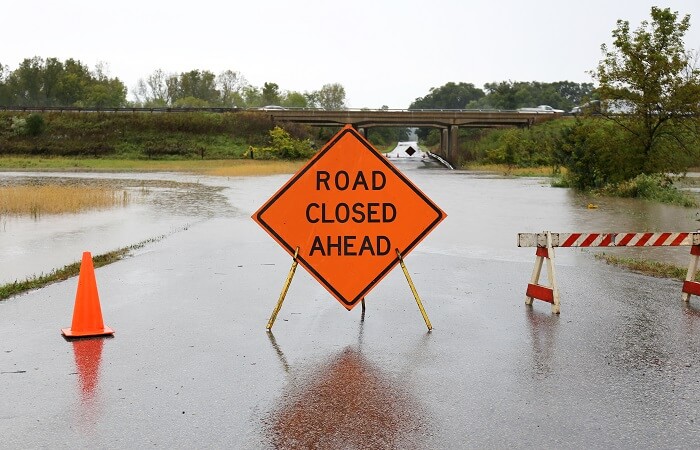 The end of winter hibernation, with longer days and warmer weather, means more opportunities for hiking or playing outdoors. However it’s easy to forget that seasonal changes might also herald hazards, such as flooding, tornadoes and unstable terrain. Weather events affecting millions of residents have been intensifying because of climate change, and this means spring storms may be stronger than usual. It’s a good reminder that staying safe may require a little extra caution and preparation.

Many areas of the country have been hit especially hard with severe flooding in recent years. In 2017, Hurricane Harvey produced so much rain the National Weather Service had to add two additional shades to rainfall maps to accurately reflect how Houston was impacted. Widespread deadly forest fires in Northern California in 2017 were followed by severe mudslides from erosion and heavy rainfall, resulting in dozens of deaths and hundreds of homes destroyed.

Flash floods are the No. 1 cause of weather-related fatalities in the U.S., and people often tend to underestimate flooding impact. First responders also are facing more dangerous working conditions because of these climate-related risks. They must deal with impassable roads and flood waters that may harbor hazardous waste or downed electrical lines. They face fatigue and heat stress from working long hours outdoors. Dangerous situations result when people choose to willfully ignore evacuation procedures and instructions, potentially putting themselves and first responders directly in harm’s way.

Flooding from Hurricane Florence in the Carolinas last year led to several deaths as a result of people ignoring safety barriers. In one instance, a young mother was charged after she drove onto a barricaded road, and her toddler son was swept away by the flood currents. In another, two officers faced manslaughter and reckless homicide charges for leaving two female detainees behind in a flooded van after they chose to drive around a barricade.

If you’re driving in areas affected by flooding or other extreme events, trust that barricades are there for your safety. Ignoring them could spell peril for you and others, including any first responders that may have to come to your aid. Stay high and dry, and take necessary precautions.

Create and practice your family evacuation plan so you know how to get out and stay safe in an emergency. It’s also important to memorize important phone numbers in case your cell phone runs out of juice. It’s a good idea to have a family communication plan in place, including how you will contact and regroup if anyone gets separated and where the meeting place will be.

Spring often brings motivation for spring cleaning, but if you get caught by the Marie Kondo cleaning bug, don’t toss emergency supplies unless they are expired or need replacing. In a pinch, the NSC First Aid app can help you make informed choices until professional help arrives.

Being prepared for extreme weather conditions will mean better outcomes for everybody and a chance to truly enjoy the changing season. It’s just a simple way to keep each other safe.