Do Teens Admit to Texting and Driving? 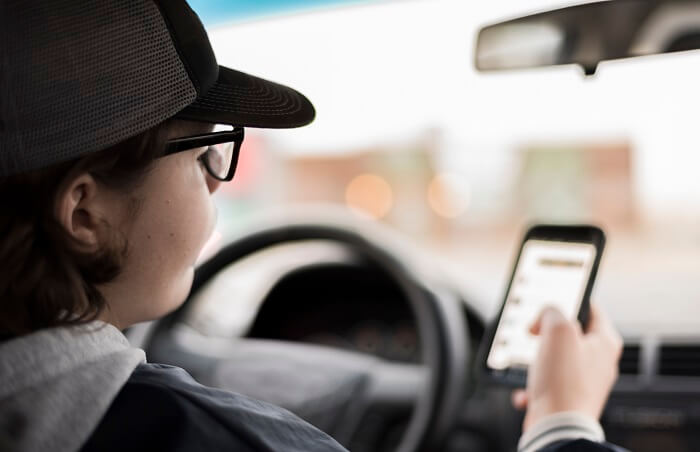 In nearly every single texting and driving PSA, it’s a teen driver at the wheel, blithely texting away, seconds from disaster. How does that image hold up to reality? Researchers at the Ohio State University and CDC decided to find out.

To do so, they examined data from more than 100,000 high school students in 35 states from the CDC self-reported Youth Risk Behavior Survey. The results have just been published in the Journal of Adolescent Health.

The emerging trends are in some ways expected, with a few surprises:

Each year, teen drivers younger than 18 are involved in 900,000 crashes. We already know that teens are much more likely to engage in all kinds of risk-taking, but perhaps texting while driving doesn’t have the clear-cut association with traditional risk-taking, like speeding and impairment. The study found that one-third of students who reported texting while driving did not engage in other types of risky behavior, such as drinking and driving and failure to buckle up, so the motivations and perceived benefits of texting and driving may have distinct implications.

Since texting while driving increases crash risk 2 to 9 times, getting to the bottom of what truly motivates this behavior is crucial for bringing an end to this practice. Current laws and enforcement haven’t been as effective, and roadway fatalities continue to climb. The first year behind the wheel is already the most dangerous one for teens, and 16- to 19-year-old drivers are most likely to be in a fatal crash.

The fact that teens in rural areas are more likely to text is worrisome. The Road to Zero Coalition, composed of more than 750 organizations dedicated to eliminating roadway deaths by 2050, shares that rural areas already are disproportionately more likely to experience fatal crashes. The risks of distracted driving, combined with higher speed limits, longer distances and fewer Level 1 trauma centers make crashes in rural areas even deadlier. Although only 19% of the U.S. population lives in rural areas, more than 50% of fatal car crashes happen there.

Getting teens to quit texting and driving may be a difficult task, but it’s not impossible. Among other fixes, it will take the involvement of parents disconnecting from their phones and modeling safe behaviors behind the wheel. Texting and even hands-free cellphone use is a cognitive distraction for drivers of all ages, no matter how skilled or experienced. Teens are not the only ones texting and driving, but they certainly face the most risks on our roads. So keeping texting and other forms of distraction off the road is the safest bet for every driver out there.