How Costly Are Sleep Disorders? 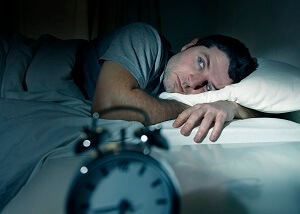 When a person's lack of sleep is not simply caused by binge watching TV shows or staying out late with friends, often a sleep disorder is to blame.

Sleep disorders are common, usually undiagnosed and a major driver of fatigue. Any one of them ultimately can lead to a significant economic burden on employers – not to mention a serious safety hazard in the workplace.

Obstructive sleep apnea is a serious sleep disorder that causes a person to stop breathing repeatedly during the night. Individuals with OSA are significantly more likely to miss work, experience long-term sick leave and transition to permanent disability.

Drivers with sleep apnea commit more lane deviations, take longer to stop their vehicles and have at least a two- to three-fold increased risk of crashes compared to drivers without sleep apnea.

Although these increased risks can be mitigated with treatment, many individuals with sleep apnea have other health problems that are exacerbated by their sleep disorder, which results in about $3,000 a year in additional healthcare costs compared to employees without sleep apnea.

Bottom line: Treatment is key. Treatment costs for OSA are only one-third the healthcare costs for untreated employees.

Individuals with insomnia cost employers an extra $976 dollars per person per year due to absenteeism alone.

An additional $2,530 is lost through presenteeism, or decreased productivity while at work. Healthcare costs also are higher for individuals with untreated insomnia; an estimated $2,224 goes toward treatment of other health conditions exacerbated by insomnia.

There are multiple cost-effective treatment options for individuals with insomnia.

Restless legs syndrome is the "compelling desire to move" during the night and can result in significant sleep disturbance. Individuals with RLS report higher rates of absenteeism and lower rates of productivity compared to those without RLS.

One study estimated that untreated RLS resulted in a 20% reduction in overall productivity, or the equivalent of one work day lost each week.

Shift work disorder affects people who work different shifts, or who work at night. The excessive sleepiness exhibited by those with shift work disorder can diminish workplace productivity and safety in the same ways as other common sleep disorders. 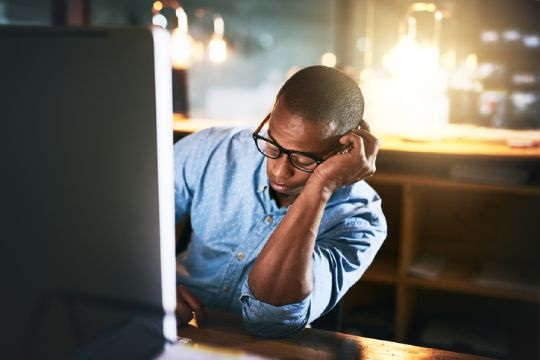 Insomnia, sleep apnea, restless legs syndrome – sleep disorders can substantially reduce quality of life and productivity. Recognizing them is the first step. Get the facts.

Fatigue: What Can Employees Do?